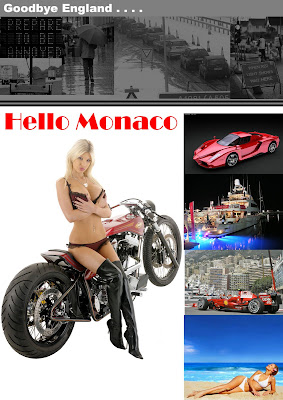 It is now time for pastures new for our beloved Smooftale. So if you were interested in owning this beauty sorry but its now too late as the sunny shores of are now the new home for this very steed and dam would we love to be going along with it for the ride!

This is the tale of a smoof but raucous affair between some guys in , , and “others” in (previously for the cognoscenti…) . This ain’t no half-hearted, polite biz relationship between two commercial enterprises but a tale of passion, of shared ideals, joys and miseries, successes and failures; of mutual hatred when things go wrong and overwhelming complicity when we did right.

Those who do not believe Arlen is a genius had better move on to another page and immerse themselves in another chrome Christmas tree monstrosity as this entire piece is devoted to the fact that some of us (i.e. me and the Boyz) believe that, after Jesus Christ and Keef Richards, it is Ness the Elder that rides next to God but, appropriately, a tad lower since the Almighty’s own stretched sickle hasn’t been slammed yet.

Circa 1992, Arlen got it into his fertile head to marry the classic hardtail look of the Softail, the reliability and comfort of the FXR drive line, with his own vision of what a lowrider should look like – very long, lean and low; 7/8th chrome moly tubing for that unique San Francisco Bay look, with no angles whatsoever, the total elegance of the project being almost exclusively based on fluidity of lines…

The original Smooftail was born and those of us who actually saw it in the flesh at the San Diego Antique Motorcycle Show in October 1993 (tempus fugit…) – before it became the first and famous Convertible – will forcefully argue that it was the loveliest thing on two wheels ever designed and built, bar none!

Misérablement, these frames were never put into production due to other priorities at the Ness Emporium and only two or three prototypes were ever fabricated, one of them, after much cajoling and blackmailing, finally landing on our extremely grateful lap…

Now, we at Battistinis, weren’t that keen on bodywork bikes as our Anglo-Continental heritage dictated then (and still does today…) that a motorcycle should look like one… We’re much into diggers and choppers; that’s what we really like and enjoy building. So, when said proto frame arrived, we decided that far from drowning its ultimate design mastery into yards of aluminium panels, or loadza cheapo and not so cheerful oriental gadgetry, we actually went the other way and made sure that whatever we did would enhance the frame’s incredible finesse.

The paintwork, once again and not surprisingly, was entrusted to Californian Paintmeister Jeff McCann. Less is more, Jeff kept on reminding us… 80’s Cadillac candy Dubonnet was selected for that neo-classical allure, with gunmetal metallic accenting the contours of the frame; finally complimented by subtle vintage leaf and anti-climax (mind that blue!) stripping.

Having enjoyed a complete ground up restoration in our workshops at the beginning of this year; to include many updates and enhancements, the scoot glides, roars (yep!) and brakes beautifully. Whilst clearly not for the novice or the fainthearted, it’s utter rideability will surprise most cynics.

Posted by Battistinis Custom Cycles at 3:12 AM